LAPS, a young association of Belgian musicians, arose from the desire to create an original ensemble which associates amplified instruments with three laptops. The first idea was to provoke human and gestural interactions, imagining a « chamber-music concept » emerging from the relation between « acoustic » musicians and « electronic » performers. But also to create a place where contemporary music can express its solidarity with popular musics, where the history of ideas can join the intense enjoyment of sensations ; not to mention the whispers, the rumours and other possible murmurs of our time - all these sophisticated sounds made possible by the crosses between computers and traditional instruments, in order to make an echo at the very heart of the new generations.

Launched in 2013 on the initiative of the composers Claude Ledoux – manager and conductor of the ensemble - and Gilles Gobert – member of the Laptop duo KNAPP with the composer Gilles Doneux- LAPS has for vocation to arouse a new repertoire for this original musical association. Besides a policy of guest composers, the ensemble shows also the desire to promote its five composers. Furthermore, its programs alternate « written » compositions and improvisations. LAPS was born at the occasion of the Electro Night during Ars Musica 2013. Furthermore, the Ensemble was invited at the Shanghai Festival in 2014. Amongst other concerts, LAPS Ensemble performed in 2015 at TRANSIT Festival and SBAM Festival Mons 2015. In 2016 LAPS introduced again a fusion of sounds from East and West (Tribute to Japanese Music at Ars Musica, Tribute to Chinese Music at the Wallonie Festival). In 2017, the Ensemble was in residence at the PROJECTION ROOM-Brussels and will be part of the prestigious concerts series of the Royal Academy of Belgium.

LAPS Ensemble is financially supported by the Federation Wallonie-Bruxelles, Administration of Culture Service of Music. 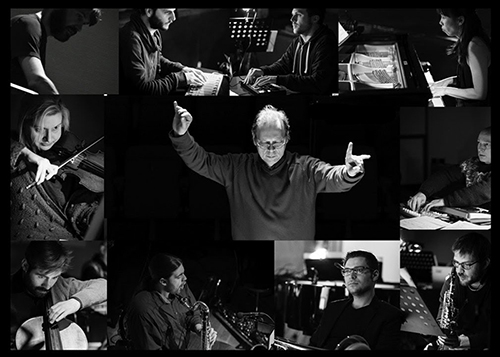 LAPSIENS, one by one under the spotlight. 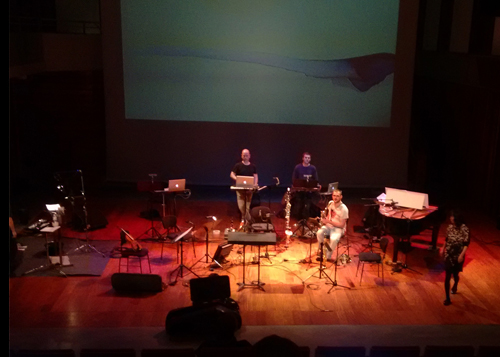 Be sure to look into our REPERTOIRE and after also check out the MEDIA page for some listening+watching. 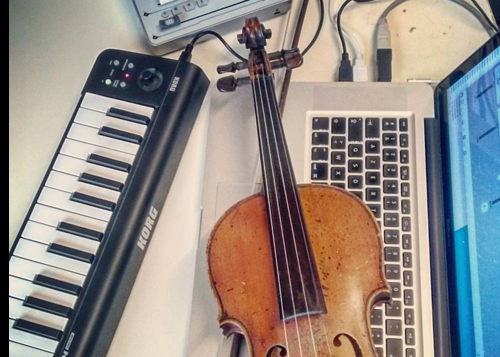 In case you are in need for more practical details, to make the stage "LAPS-ready" and up for the performance, be sure to check the TECHNICAL RIDER.